We at ZoomSphere know that social media is constantly being updated—so you should be, too. 🤗

Here are the 🔝 social media news from the past week or so that you don’t want to miss. 😉

📆  October 28th has been set as the date for Facebook's annual Connect conference, which will be hosted virtually for the second year running.

❓Facebook Connect is where the company has traditionally made big announcements relating to its AR and VR tools. Last year, Facebook unveiled its Quest 2 VR headsets, while it also provided more detail on its Project Aria AR wearables project.

👀 We'll find out more soon - Facebook says that it'll provide more information on the conference in the coming weeks. 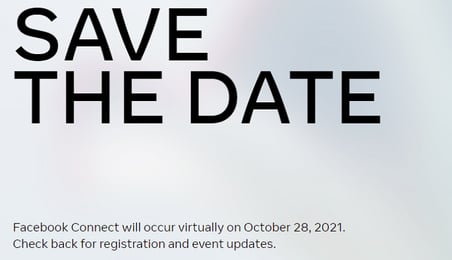 📣 Facebook has also announced a new Horizon Workrooms VR collaboration space, which it says is one of the best ways to work if you can’t be physically together.

"Workrooms is a virtual meeting space where you and your colleagues can work better together from anywhere. You can join a meeting in VR as an avatar or dial into the virtual room from your computer by video call. You can use a huge virtual whiteboard to sketch out ideas together, bring your computer and keyboard into VR to work together with others, or just have expressive conversations that feel more like you’re together in person."

Facebook is now testing a new Reels display unit within user feeds in US, which will help to link more users into its short-video offering.

🎉 This week also marks the 10th birthday of Facebook Messenger, which was launched as a separate app back in 2011 as part of Facebook's broader push to dominate the social communications space. 🤩

To mark the milestone, Facebook has announced a range of new Messenger features, while also adding entirely new functionality to prompt further messaging interaction and usage:
👉an interactive polling option in Messenger that enables you to find out new things about your friends
👉a new way to share Facebook contacts with friends through Messenger
👉a new birthday gifting option for payments in Messenger, which delivers your money transfer with new wrapping paper and virtual balloon effects
👉a Birthday chat theme and 360 background, linking into the celebratory tone
👉a birthday song Soundmoji and new effects for messages
👉a “Messenger is 10!” sticker pack, if you're overly keen on celebrating the app's longevity
👉+ also shared some insights into key Messenger milestones - which, among other things, shows that voice notes are at an all-time high this year.

🐦 Twitter has announced some new improvements coming to your Twitter DMs, including new options for sharing tweets via private message, and improved navigational elements.

😜 So if you've found a great meme that you want to share with several friends or chat groups, you'll now be able to post it to them all, without having to repeat the same process over and over. 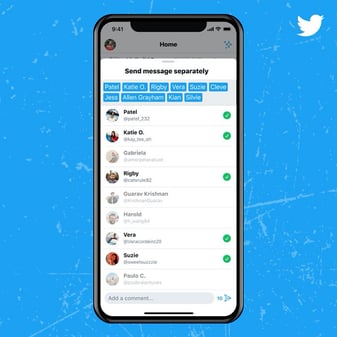 🐦 Twitter is launching a new test that will show you when someone that you follow on Twitter is listening to in a Space, by highlighting that broadcast at the top of your timeline as shown in the post.

Up till now, Twitter has done this when someone that you follow is speaking in a Spaces chat.

To improve Stories interaction, Instagram is making a change to the way that external links are shared within Stories frames, with the current 'Swipe up' links to be removed from the process entirely, and replaced by its new 'Link' sticker option instead.

👉this change will be implemented from August 30
👉in the meanwhile, you have to be verified or have over 10k followers to use 'Link'

How the Search Algorithm works?

📣 Instagram has published the second installment in its new 'How Instagram Works' series, with an overview of how its search algorithms function, and how you can maximize your chances of showing up in relevant search results.

When providing relevant search matches for a query, Instagram factors in three primary elements:
👉 The text you enter - This, Instagram says, is "by far" the most important signal for Search
👉 Your activity in the app - Instagram will also rank your search results based on your previous in-app activity, including the accounts you follow, the posts you've viewed, and how you've interacted with certain profiles in the past
👉 The popularity of each query - The elements that could influence this include the number of clicks, likes, shares and follows that a particular account, hashtag or place sees.

‼️ So your previous activity plays a role in boosting your IG search presence, which is another element to consider in maximizing discovery. 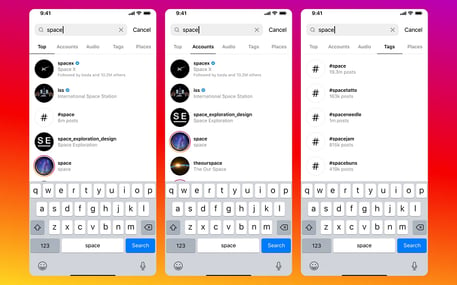 Its Own AR effects platform

🔍The platform's latest development on this front comes in the form of its own AR effects studio, which, like Fac

ebook and Snapchat, would enable AR creators to build their own effects for the platform, expanding its pool of creative, interactive user options.

According to social media expert, Matt Navarra, TikTok's new 'Effect House' is currently open to selected developers as part of initial testing of the tool.

📣 TikTok has announced an expanding relationship with Shopify. This collaboration will provide to owners of TikTok For Business a new shopping tab to their TikTok profiles and sync their product catalogues to create a mini-storefront that links directly to their online store for checkout.

As TikTok continues to add more users and build out its business offerings, it's also looking to 🆕 use case options and ways that it can maximise its fast-growing presence.

And now, TikTok's trying out another potential platform expansion, with some users seeing this new notification in the app.

As per this update, shared by social media expert, Matt Navarra, TikTok is now allowing some users to upload videos of up to 5 minutes in length to the app, which could spark a major shift in platform usage. ⏱️

What you should know about TikTok

TikTok has over one billion monthly users, making it one of the fastest-growing social networks. There is no doubt that (as much as many of us try to...

Instagram UGC campaigns allow you to grow your reach and awareness create leads and sales while at the same time expressing an essential aspect of...

It's great to have appealing visuals! But what are you doing to entice your Instagram followers to interact with you?